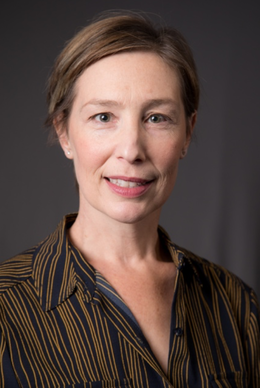 American Gandhi: A.J. Muste and the Historical Erasure of Radical Nonviolence
The American radical A.J. Muste was the person most responsible for making Gandhian nonviolence a central feature of U.S. political culture, yet in contrast to Mohandas Gandhi and Martin Luther King, Jr., he remains largely unknown. This talk will explore this paradox, firstly, by explicating Muste’s theoretical and organizational efforts to apply nonviolent direct action to American conditions and, secondly, by analyzing his involvement in the World Peace Brigade, a transnational collaborative effort by American, Indian, and British Gandhians in the late 1950s and early 1960s to apply nonviolence to the challenges of decolonization.

​Leilah Danielson teaches modern American history and U.S/World at Northern Arizona University. She is the author of the book American Gandhi: A.J. Muste and the History of American Radicalism in the Twentieth Century (University of Pennsylvania Press, 2014) and co-editor (with Doug Rossinow and Marian Mollin) of The Religious Left in Modern America: Doorkeepers of a Radical Faith (Palgrave Macmillan, 2018). Her articles on the history of race, religion, and American political culture have appeared in journals such as Diplomatic History, Religions, Church History: Studies in Christianity and Culture, and Religion and American Culture. Her current research includes the history of the workers’ education movement and U.S.-Latin American solidarity movements.

Some writings from Professor Leilah Danielson related to the theme of the conference:
American Gandhi: A.J Muste and the History of  Radicalism in the Twentieth Century. Pennsylvania: University of Pennsylvania  Press, 2017.