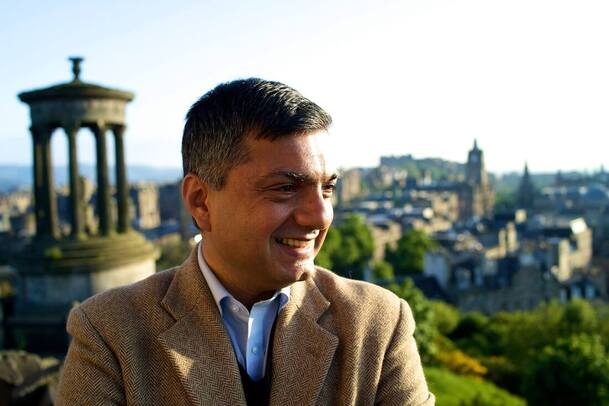 Gandhi, Hinduism and Humanity
The language of anti-colonialism has historically been dominated by a desire to acknowledge the humanity and therefore equality of all peoples, its critique often turning on the threat imperialism posed to the lives of its subjects. Even those labeled by colonial powers as revolutionaries and terrorists, after all, tended to excuse their violence as temporary, and dedicated it to recovering the equal value of all human lives. Gandhi, however, perhaps the most important figure in anti-colonial history, disagreed with this line of thinking. Not only did he understand claims to speak on behalf of the human race as being historically and necessarily imperialist, but argued that the value they put on human life was itself a cause of violence. This paper explores Gandhi’s anti-humanistic thought as part of anti-colonialism’s self-critique, and its effort to exit the epistemological closure of imperialism.
​
Faisal Devji is Professor of Indian History and Fellow of St. Antony's College, Oxford. He is the author of four books, on militancy and the possibility of a global politics, Gandhi's political thought and Pakistan as a political idea. Devji has previously held positions at Yale and the New School for Social Research, and been visiting professor at the Graduate Institute in Geneva, Koc University in Istanbul and the Institute of Human Sciences in Vienna. He is also an Institute of Public Knowledge Fellow at NYU and was last year the Kerala State Higher Education Council's Distinguished Scholar in Residence. He is a Fellow of the Royal Historical Society.

Some writings from Professor Faisal Devji related to the theme of the conference:
“Destroyed by Truth,” Los Angeles Review of Books, November 7, 2018.