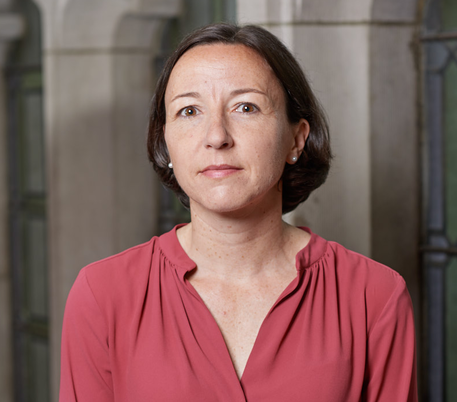 International and Interreligious Roots of the U.S. Civil Rights Movement
This paper highlights direct connections between Mohandas Gandhi and the U.S. civil rights movement. Black American Christian intellectuals took special interest in Gandhi, and fostered debates about his tactics and whether nonviolence could stem racial terror in the United States. Integral to black Americans’ engagement with Gandhi were critiques of his program, which they brought to Gandhi himself when they met with him in India in the 1930s. This paper underscores that despite particular and deep criticisms of Gandhi’s program, black Americans were able to learn from a person whose moral vision was limited.

​Sarah Azaransky teaches about social ethics at Union Theological Seminary in New York City. She is author of This Worldwide Struggle: Religion and the International Roots of the Civil Rights Movement, and The Dream is Freedom: Pauli Murray and American Democratic Faith, and editor of Religion and Politics in America's Borderlands.

Some writings from Professor Sarah Azaransky related to the theme of the conference:
"Gandhi's Birthday and the American Religious Left." The Immanent Frame, October 24, 2019.

"Harlem's Experiment in Interracial Pacifist Community." The Christian Century, May 21, 2014.