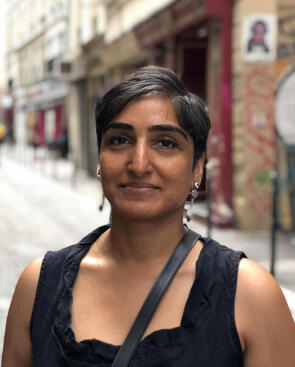 Gandhi’s Critique of Violence
Gandhi repeatedly claimed that satyagraha was not only morally superior to violence but also more effective practically. To break the worship of force, for Gandhi, one had to disrupt and undo the belief its efficacy. I want to take seriously this claim and explore the theoretical arguments that underpin Gandhi’s critique of violence as a political method. I’ll begin with a close reading of the chapter on “Brute Force” in Hind Swaraj, in which Gandhi first illustrates how the use of provocative or violent tactics intensifies dynamics of confrontation and retaliation by unleashing negative passions and egoistic dispositions. I’ll then turn to the incidents of violence that ended the Rowlatt Satyagraha and the Non-Cooperation movement, Gandhi first mass campaigns against British rule. Here, I will examine how Gandhi came to perceive, and then try to correct and mitigate, the tendencies toward violence and coercion within all political action, even ostensibly nonviolent forms of action.

​Karuna Mantena is Professor of Political Science at Columbia University and co-director of the International Conference for the Study of Political Thought (CSPT). She is the author of Alibis of Empire: Henry Maine and the Ends of Liberal Imperialism (2010), which analyzed the transformation of nineteenth-century British imperial ideology. She has recently published articles on Gandhi’s political realism, the nonviolence of Martin Luther King, and the theory and practice of nonviolence in the 20th century. She is currently finishing a book on Gandhi and the politics of nonviolence, tentatively titled, Gandhi’s Realism: Means and Ends in Politics.

Some writings from Professor Karuna Mantena related to the theme of the conference:
"Another Realism: The Politics of Gandhian Nonviolence." American Political Science Review 106, no. 2 (2012): 455-470.