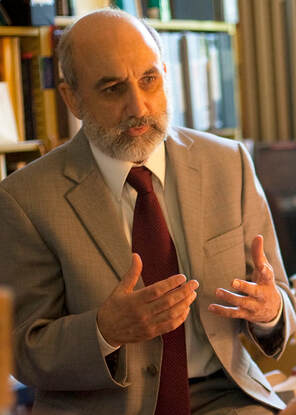 Advocate Gandhi: Race, Role, and Redemption?
Society subjects public figures to scrutiny – usually contemporaneously. Some, like Jefferson and King, are also subject to withering posthumous criticism. Now, more than 70 years after his death, criticisms of Mohandas Gandhi’s work and person are arising with unusual force. These charges, including the charge of racism, disturb the picture the world has of Gandhi. This talk sketches out a portrait of the Gandhi who is charged with racism and the position in society he occupies. It offers a profile of the Gandhi who emerges after these attacks and suggests the position in society that the post-criticism Gandhi should occupy.
​
​Charles R. DiSalvo is author of M.K. Gandhi, Attorney at Law: The Man Before the Mahatma and Potesta Professor of Law at West Virginia University. He teaches one of the few American law school courses on civil disobedience. He has represented disobedients, written widely on disobedience, and lectured internationally on the subject. Professor DiSalvo attended St. John Fisher College, Claremont Graduate School, and the University of Southern California where he was a member of the Law Review. After holding a fellowship at the University of Chicago, he came to WVU where he has won university, state, and national teaching awards.