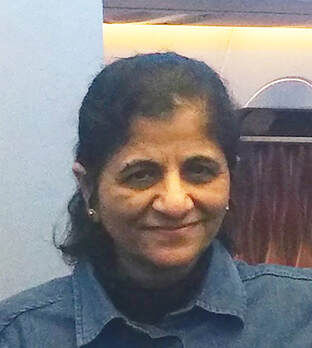 A Rasātmak Journey – Aesthetics and Moral Fervor in Gandhi’s Quest
Gandhi’s thought on non-violent political action and his programs for social reconstruction have been subjects of scholarly debates for long. More recently visual and literary representations of Gandhi have also received attention. Little consideration, however, has been given to Gandhi’s own aesthetic sensibility that informed his moral journey. The general perception of Gandhi is as a man of action with a utilitarian approach even to art and literature. Yet as he expresses at the end of his “autobiography,” he saw his “Experiments with Truth” as a source of rasa (aesthetic delight). In my presentation, I will discuss how Gandhi’s writings reflect a search for the unity of truth, goodness and beauty. They suggest that in his journey, moral action was a path to realize that unity. Moral action was, in fact, in service of the goal of experiencing rasa.

Neelima Shukla-Bhatt is an Associate Professor of South Asia Studies at Wellesley College, Wellesley, MA. She is the author of Narasinha Mehta of Gujarat: A Legacy of Bhakti in Songs and Stories (New York: Oxford, 2015) and co-author (with Surendra Bhana) of A Fire that Blazed in the Ocean: Gandhi and the Poems of Satyagraha in South Africa, 1909-1911 (Delhi: Promilla, 2011). She has also published articles on woman poet Mira, garba – the goddess worship dance of Gujarati women, goddess traditions of Gujarat, commercials for faith healers on South Asian TV channels in the diaspora, and the role of poetry and music in Gandhi’s work.