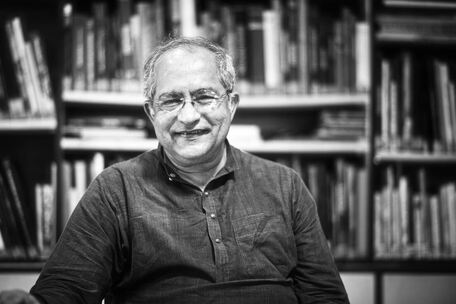 Et tu, Gujarat?: On Being Impervious to the Discreet Charm of M. K. Gandhi
At 6:30 am, on March 12, 1930 M K Gandhi, accompanied by seventy - eight marchers left the Sabarmati Ashram for Dandi, a coastal village in South Gujarat. He did not ever return to live in the Ashram that he had created and nurtured since 1917. It is evident that the self-imposed exile applied not only to the Ashram but also increasingly to the city of Ahmedabad and Gujarat itself. In the remaining eighteen years of his life, Gandhi was to spend some three hundred and one days in Gujarat. His last visit to Ahmedabad was on November 2, 1936. His exile from Ahmedabad is reminiscent of a tap. He did not visit Gujarat after January 1942. If we understand something of this obvious turning away from Gujarat on the part of Gandhi, we might be able to capture something of the relationship that present - day Gujarat has with him. This essay would attempt in very broad strokes to capture the fraught cultural relationship that Gujarat shared with Gandhi; in his times and in ours.

Tridip Suhrud is a scholar, writer and translator who works on the intellectual and cultural history of modern Gujarat and the Gandhian intellectual tradition. As the director and chief editor of the Sabarmati Ashram Preservation and Memorial Trust (2012-2017), he was responsible for creating the world’s largest digital archive on Gandhi—the Gandhi Heritage Portal. His books include the critical edition of Hind Swaraj, Narayan Desai’s four-volume biography of Gandhi, My Life is My Message, and the four-volume epic Gujarati novel, Sarasvatichandra. His recent works include a critical edition of Gandhi’s autobiography My Experiments with Truth in two languages, Gujarati and English, and The Diary of Manu Gandhi (1943-44) and a compilation The Power of Non-Violent Resistance. He is working on an eight-volume compendium of testimonies of indigo cultivators of Champaran. He is professor and Provost of CEPT University, and Director of Lalbhai Dalpatbhai Institute of Indology, Ahmedabad.