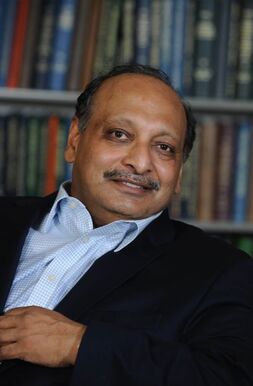 A Very Different Vision: Gandhi’s Critique of Political Rationality
This paper considers the idea, which I believe was central to Gandhi’s thinking, namely that there was something deeply misguided in conceiving of the turpitude of the empire in political terms, and from which the political articulation of the nation was the derivative and encompassing response. Because Gandhi did not subscribe to this view of the empire and the nationalist riposte that was predicated on it, he expresses both objections and an indifference to many of the concerns that were central to the nationalist aspirations. In particular he expresses an indifference, and sometimes pointed objections, to three concerns that were, and which in many ways remain, crucial to the nationalist project. The three concerns are the articulation of the grounds of a unitary people, second, the issue of how they are to be represented or how they would represent themselves, and finally, the role of the state in mediating the relations among people and the linked, but distinct, issue of mediating among different communities that made up the people and the nation. That indifference stemmed from a very original conceptualization of the empire and it implied an equally original response to the empire. Among the things that followed from Gandhi’s demurral was a muted valuation of the importance of democratic political institutions including the challenges posed by the representation of the people.

​Uday Singh Mehta is a Distinguished Professor of Political Science at the Graduate Center of the City University of New York. He is the author of two books, The Anxiety of Freedom: Imagination and Individuality in the Political Thought of John Locke (Cornell University Press, 1992), and Liberalism and Empire: Nineteenth Century British Liberal Thought (University of Chicago Press, 2000). He was an undergraduate at Swarthmore College, where he studied mathematics and philosophy. He received his Ph.D. in political philosophy from Princeton University. He has a forthcoming book titled A Different Vision: Gandhi’s Critique of Political Rationality.